Battles of the Budget 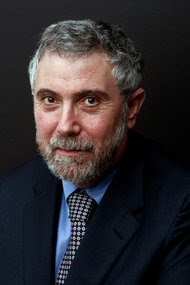 By  PAUL KRUGMAN Published: January 3, 2013 The centrist fantasy of a Grand Bargain on the budget never had a chance. Even if some kind of bargain had supposedly been reached, key players would soon have reneged on the deal — probably the next time a Republican occupied the White House. Enlarge This Image Fred R. Conrad/The New York Times Paul Krugman Go to Columnist Page » Blog: The Conscience of a Liberal Related in Opinion Editorial: More Battles Ahead (January 3, 2013) Times Topic:  Economy Connect With Us on Twitter For Op-Ed, follow @nytopinion  and to hear from the editorial page editor, Andrew Rosenthal, follow @andyrNYT . Readers’ Comments Readers shared their thoughts on this article. Read All Comments (610) » For the reality is that our two major political parties are engaged in a fierce struggle over the future shape of American society.  Democrats want to preserve the legacy of the New Deal and the Great
張貼留言
閱讀完整內容
更多文章